AmaGorilla Forum members appeared at the Evander Magistrate Court on Monday, 8 April.
All 42 suspects were charged for public violence, theft, obstructing the police, intimidation and malicious damage to property.
The State Prosecutor mentioned that there is a possibility that more charges maybe added and an identity parade might also be required.
During the appearance, it was mentioned that accused no.1 had injuries.
Accused no.1 informed the magistrate that he was shot at by the police when they were arresting him.
“The police arrived in my house and started to shoot at me with rubber bullets.
They also pepper sprayed my 10 months old baby saying, ‘You are as cruel as your father’,” said accused no.1 who is also perceived to be the leader of the forum.
The magistrate instructed the police to ensure that accused no.1 receive medical attention.
It was also mentioned that the children of accused no.1 were all left alone as his wife passed on few months ago.
The magistrate further instructed the police to remove the children before sunset to a safe place since it is not known whether the person who took them after their father’s arrest will be able to take good care of them.
All suspects were remanded in custody for the state to prepare the case and profile all the suspects.
They will appear again on Monday, 15 April.
The magistrate told the state prosecutor that should they arrive on Monday, 15 April unprepared, she will release all the suspects on bail.
She further advised the suspects to consider getting legal aid, since they informed her they do not need any legal representation.
The forum members were arrested on Thursday night, 4 April.
This came after they invaded Evander Town in search of drug dealers.
They did mention that the reason for them to target Evander was because it is the main hub for drugs.
One of the forum members said they could not stand to see young people lives being ruined because of drugs.
They also blamed the police for not taking action against the drug dealers.
Foreign nationals and other local residents opened cases against the forum members accusing them of theft and malicious damage to their properties.
Forum members who were picketing outside Evander Magistrate Court said they were not happy with the way the police handled the matter.
“We did confiscate the drugs and took them to the police station, but surprisingly the drug lords are not arrested and our innocent members are behind bars,” said some of the members. 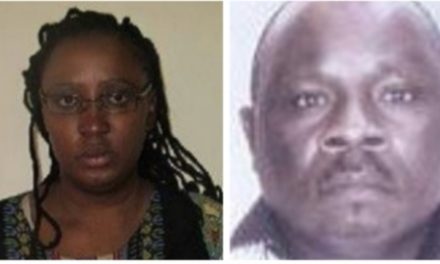 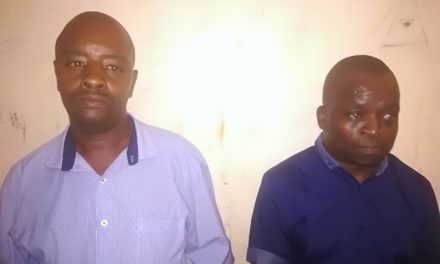